For centuries, scientists have been interested in the meaning of our dreams, long perceived as an intermediary between the real world and the world of the Gods. It was not until the 19th century that Freud and Carl Jung developed certain theories relating to dreams emphasizing their psychological importance. Since then, scientific advances have made it possible to envisage other explanations, such as the so-called neurobiological theories.

Enigmatic and uncontrollable, the dream is a brain activity like the others, which researchers can study. Our dreams are 90% made up of ordinary elements: talking, talking with people we know (family, friends or colleagues). And yet the dreams that strike us the most include mostly strange or disturbing facts. We remember these dreams better because their weirdness marks us long after we wake up. This is what Freud calls typical dreams: losing your teeth, being naked in public or flying through the air.

Do we relive our day in our dreams? Yes we often do, but in small pieces. Dreams do not exactly reproduce real life, but reconstruct it differently. Dreams are not a copy and paste of our life. It is the plasticity of the brain that allows this mixture of experiences to give a new weaving. A new story is born from the elements of our day, combined with older memories.

Many research teams in the world study dreams and the methods they use are multiple. One of the dream access windows used in cognitive psychology is the story of the dream upon waking. When we dream, all the elements experienced seem to us to be real. When we get up, we remember it in fragments, then we reformulate our dream. That’s when dream interpreters collect the story. Using a smartphone, the patient immediately dictates his dream. There are more dreams collected when the alarm clock is brutal.

Dreams are inherently subjective, since they come from personal experience. This is why scientists use a precise protocol list for analyzing these dreams. They study their frequency, their presence or absence and their weight (counting the number of words present in the sleeper’s story). They also take note of scales of oddities or threats to make it possible to cut the dream account into elements and to classify the dreams. For these studies to be valid, the dreams must be collected in large numbers and analyzed by independent people. The data is stored in dream banks, such as that of the University of Santa Cruz, California, which records more than 20,000 dreams. 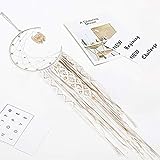 Other methods exist to study dreams such as studying sleep behavior: what people say while sleeping, what they do, and their facial expressions or the movements of their eyes. Facial expressions are retained during sleep, while the body is normally immobile.

Another approach is brain imagery and the electroencephalogram, which are often used to observe regional brain activations during sleep. This method provides the knowledge that a dream is taking place live during sleep. This technique was used on mice trained to walk through a maze during the day.

Electrodes were positioned on the head of the mice, so that it was known precisely which neurons in their brain were activated at every step and turn of the maze. Once asleep at night, the mice’s brains were studied with the same electrodes. The scientists discovered with bewilderment that the exact same neurons were activated step by step, as if the mice were reliving in their dreams their passage through the maze during that day.

The mice were not just reliving their walk through the maze, they were reliving it many times, and at a much faster speed than in reality. Of course humans are different from mice and have much more complicated dreams, which are part of ongoing studies. But it can be inferred from the mice study that without the constraints of the physical world, our thoughts, imagination and dreams occur at a much faster speed than in real life.

This type of analysis has only been possible thanks to the modern technology used in neuro-science in recent years. This has led to numerous breakthroughs in our understanding of dreams in the past decade. 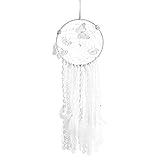 It is becoming clearer that our dreams are a necessary element for our interpretation and understanding of the world. As the brain processes the information observed and memorized during the day or during the past, the dreams enable the brain to re-enact events so as to better analyze and comprehend them, as well as the underlying factors and phenomena associated with them.