Here is my question – is it possible that additional knowledge can be contained within a legacy that has been handed down through generations? I am talking about anything that has stood the test of time and been passed down through several generations. This could be a way of life, a form of martial art, a way of living or anything else that people follow from their ancestors. Of course these things are all forms of knowledge. Lets take martial art for example, if a particular style or school of martial art has been handed down through several generations then it must be very good and provide a great deal of knowledge to whoever studies it.

However, I wonder if there can be additional knowledge somehow stored within the training, knowledge that doesn’t physically exist, and is not represented by the actual teachings of the art. For example, if the person who originally developed the style of martial art had additional knowledge, for example reasons why they developed the art, perhaps an understanding of other important concepts and ways of life, could some of that information be stored within the legacy that they have passed on to future generations?

Technically speaking, the reasons, the mindset and the meaning behind the art would be embodied by the art form itself, because it would have been created from, and based on, that mindset and thus, you could consider that additional knowledge is in some way locked inside the art form.

This puts in mind another concept I discussed previously on the blog, about the existence of the non-tangible. In that article I was thinking about the possibility of things existing without any physical form. In our understanding of science we would say that is impossible – because everything has an explanation, everything is made of up atoms, and it it is not made up of atoms, then it is simply a void, a vacuum of nothingness. Well, what if that is not the case? What if things can actually exist without physical form. Knowledge could be one of those things. Definitely knowledge does get handed down from generation to generation, so you could say the knowledge always has a physical, or at least tangible, form in that it is kept in the minds of each generation, and also is shared through discussion and practice between those who are passing on the knowledge. However, could it be that knowledge also exists in its own right and that the handing down of knowledge is just the physical way that knowledge itself continues to life. And that perhaps, the knowledge itself exists in its own right. Further more, is it possible that some additional knowledge can somehow be passed down along with the speech, the practice and all of the tangible aspects of the knowledge.

As I asked near the beginning of this article, can the mindset and the reasoning behind a great legacy be passed down through generations along with the tangible forms of the legacy, even though the reasoning itself may not actually be known, or spoken? 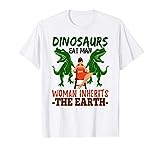 A practical example of this; is it possible that learning a Chinese martial art could unlock knowledge of Chinese culture, medicine and understanding of how the body works? If the creator of the martial art drew on their knowledge of these things when forming the art itself, then it is feasible that there would be many elements of them within the art itself. So, is it sensible to say that in some way, and to some extent a part of that knowledge would be locked within the art itself? And in that way, would it be fair to say that the knowledge would be present in the martial art, as it is passed down through generations and even though some of that knowledge is not represented in any tangible way within the written and spoken knowledge that is being passed down with the art form?