What is the mind? We think of it as the thoughts that we have inside our head. In physical terms this means that the mind is in our brain – its the stuff that our brain is processing internally. However, that is just the best explanation we can come up with based on what we know so far. It does not really take into account consciousness or what it actually means to be conscious, to be alive.

Seeing as we know so little about what it means to be alive, and what gives us our consciousness, is it possible that we don’t really understand the mind at all. In fact, is it possible that what we think of as our individual minds, are actually part of a non-tangible, shared space, and one that is just another form of the physical universe that we live in? In other words, perhaps the mind is actually just another way of seeing the world around us, another representation, another sensory experience of the universe.

If that were the case, then could what we perceive as the mind actually be a shared space – one mind that we are all present in? Perhaps when we close our eyes and think, we are still in the same shared universe as the one we see when we open our eyes, when we hear, when we feel. Just because the mind is not a tangible thing, that’s not to say that it doesn’t exist in its own right and also it doesn’t necessarily mean that we cannot all share the space it occupies.

Lets assume that is possible, then could it also be the case that other objects exist in the mind as well – objects that don’t have any senses or any outward signs of being alive, or of having a consciousness. For example, perhaps trees and plants are actually conscious as well. Perhaps they are aware of the world just like we are, even though they cannot express it as they don’t have any of the senses that we have as humans. Perhaps though, they are present in the mind world. Perhaps other objects are as well.

It sounds very far fetched and non-sensible. But then, the thing is nobody really understands consciousness at all. How do we become conscious in the first place? Is it just that our brain is extremely powerful? How about if we made a neuro-computer that was as powerful as the brain, would it become conscious? Maybe, maybe not, but the point is that we just don’t know the answers to any of these questions. We really don’t know what it means to be conscious or what things can be conscious. We only assume that it is animals with brains and with senses similar to our own and possibly with other things that we consider to be “alive”. 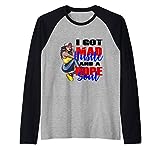 One Reply to “Is Our Mind Part of the Universe?”