There are lots of evil acts committed in this world – lots of acts that have no good outcome for anyone involved and where there cannot be any reason or justification to be found for the act. For the sake of simplicity I am talking about things like cold blooded murder, serial killers and other serious crimes and criminals where there is no reason for horrible acts being committed.

Is Evil a Logical Choice?

My question is this – is the type of evil act committed in these situations ever a logical choice, in other words can, or would, someone chose to be evil purely for the sake of being evil and with no other motive, reason or cause? And if so, does evil exist within us?

The reason I ask this, is when we study criminals who commit atrocious crimes such as the ones mentioned, we often look for, and find, elements of the subjects past that tie in with the crimes they have committed – for example, a rapist may have been sexually abused as a child. I am not saying that we justify the crime on this basis, but rather we do this to try and understand how the subject got to the point where they would commit a crime like this.

Sometimes we perhaps can’t find any cause, and sometimes, in rare cases we might assume from the behavior that the criminal has committed the crime purely because they wanted to be evil – in other words, there is no other logical explanation for the crime other than the fact that they decided, in clear mind, to become evil and to commit acts of pure evil with no benefit for themselves and no root cause.

I wanted to analyse this state of mind – its possible to see how people who have had a terrible past could commit atrocious crimes – after all we only really know what we learn in this world so its possible to think that if someone only knew evil or hurt or pain or abuse then they might go on to commit those types of crimes without really understanding that it was wrong. In the same way that a cave man might have killed animals, and people, through perceived self preservation and that it would not have been wrong or evil as such, because there was no malicious intent behind it. 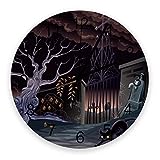 If, however, you looked at a case where someone had no bad things in their past, they had no abuse as a child and they had a completely sane mind with no issues, would a person like that ever decide to commit a horrible act with no motive other than to commit the act itself? Would someone commit murder purely on the basis of deciding to cause pain and suffering, if there were no other cause for that state of mind?

my belief is that no, evil would not be committed in this way.

we are all one

I believe that we are collectively part of a larger organism that is the earth. As such, when we commit acts of violence or evil to other humans we are effectively doing these things to ourselves.

Even if you don’t believe in the theory of us all being one, you can see how treating someone else a certain way is somehow an acceptance of how we’d be happy to be treated- because we generally live our lives by what we ourselves have experienced.

So, if we murder someone, ending a life, it is effectively self destruction – either in the sense that we have in some way killed a part of our own self, or that we accept it would be OK for us to be killed, or even at the very least, if you don’t buy those theories, it would be fair to say that in this situation our value given to life would be very low and thus by definition we would value our own life very little.

Is self destruction ever logical?

I would argue no. Sure, lots of people do commit suicide – but this normally has a root cause whether that be unhappiness, depression, self hatred or some other reason.

So we could then apply those reasons for self murdering, to murdering others – and say that a person might murder another in cold blood because they are extremely unhappy with themselves, or because they hate themselves.

So there are reasons behind the murder- we can no longer say they murdered out of pure evil, but rather we’d say they committed murder because they had hatred for themselves – then there must be a cause for that hatred- another act that caused them to hate themselves.

And that act in turn would have had a cause.

So if this is true, where does this evil act originate from?

It would be logical then to estimate that the ultimate evil act of say murder, would have come, at some point, from a very minor act that in turn started a chain of progressively worse acts and culminating in murder.

Acts of Evil are grown from negative energy

That basically means all acts of evil arise from negative energy of some sort or another.

This in turn means there isn’t really good and evil, but rather just positive and negative energy – we as humans are not inherently evil, but evil is something non-tangible, an energy that is grown from negative forces.

positive Energy and the butterfly effect

assuming that you agree with the theory that evil is grown from negative energy, then it makes even more sense that positive energy and good deeds really can change the world.

Because it makes sense that positive energy would act in the same way – gradually building into a bigger and stronger force.

For example, just a simple act of giving someone a hug could gradually grow into energy strong enough to change the world on a global scale.

3 Replies to “Is it possible for Evil to be a logical choice?”