I believe that one persons positive energy, or positive action, can have a limitless effect, even though you can’t personally see the effect, it exists- because after all, energy does not diminish, it is simply transferred.

We’ve all thought about making positive changes only to rethink based on the fact that nobody else is doing it, so we can’t make any positive change on our own. Voting in an election is as simplified example – you might think that you can only control your one vote, which doesn’t make any real difference and so, what’s the point in voting?

However, my theory is that these small actions can make a real difference.

Energy does not diminish

Energy does not diminish over time – it is simply transferred. For example, if you have laid out a series of dominoes – 10,000 for arguments sake – and you tip the first one with your finger, will that force or energy diminish after a certain number of dominoes have been knocked over? If they are set evenly then no it won’t – all 10,000 dominoes could be toppled with that small amount of energy.

So, this proves energy is limitless in its power. 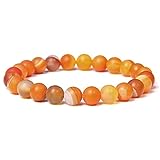 So, if you perform a positive act of kindness, it will have a positive effect on the recipient, whose own actions in turn will be more positive, and so on. This positivity will not diminish as it travels from one person to another, just like the energy transferred from domino to domino does not diminish. In this way, your positive action can spread through the entire world – and, assuming the same principle applies, will spread through the entire world.

4 Replies to “how much effect can one persons positive energy have?”