I have recently been thinking about the ways in which different cultures understand and interpret the world in which we live. In western society we try to understand and document everything that is around us. We need to make sense of everything, to investigate and catalogue it. We generally do this with science – we like to explain everything in great detail, to compare it to other things and to form relationships between everything.

We have done this for a long time and we assume that it is the correct, and most advanced way of doing things, because we have become very good at understanding the world in this way.

When we compare this way of thinking to other cultures we might say that it is more advanced, because we are using modern technology and we are finding the real truths about everything. If we compared western medicine to Chinese medicine for example, we might say that western medicine is based on research, facts and understanding and thus it is more advanced, and more accurate. We might say that Chinese medicine can be good, can be complimentary, but that it is not as good seeing as it cannot be proven to work and it is not backed up by facts.

However, I have been thinking about this, and I think it could be looked at in a different way. Perhaps Chinese medicine is not less advanced than western medicine, but rather perhaps it is equal to, or more advanced. perhaps it is just a fundamentally different way of thinking. In the west we think that we understand so much, but do we really? When it comes down to it we have no idea about so many things in life – we don’t know where the universe came from, or what exists outside of it, we don’t know where we came from, we don’t even know what consciousnesses is. It’s almost like the more we learn, the less we know – because the more we realise there is to learn.

Perhaps other cultures, such as Chinese, think about this differently. Perhaps some cultures don’t feel the same need to understand everything, but rather just learn to accept it. Perhaps, to know nothing, is to know everything. This also puts in mind nature and the animal kingdom – we think they are far less advanced than us because they don’t think, they don’t debate, they don’t build and explore. But is this less advanced, or is it more advanced? In the animal kingdom there is just knowing, birds migrate, tigers learn to hunt and these animals don’t question what is, they just accept it and as a result they can do amazing things that we would consider hugely concept and that would take us years and years to learn. 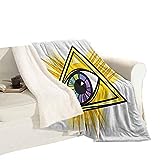 This also makes me think about a Chinese concept called Chi. I don’t proclaim to know anything about its origins or what it really is. However, I always assumed it was something secretive, something that we did not know about, or understand, in the west. And this is backed up when you hear stories about people harnessing chi to accomplish unthinkable tasks such as punching through steel, or withstanding blows that would kill a normal human being. However, based on what I have discussed above, I started to think that Chi isn’t something special as such, but rather it is a far more simplistic way of understanding the energy that exists within our body.

Perhaps in the west, what the Chinese refer to as Chi, might be described as the process of food, water and nutrients being taken in to our body, converted into energy, and then passed around our body via our blood stream. It might further be described as our brain waves sending signals to various parts of our body and instructing us to carry out a particular movement and then the energy from our blood being pumped into the relevant muscles in order to carry out that movement.

That is a very complicated explanation as it is how our western minds work – we have to understand something in great detail in order to explain how it works, or what it is. This is all well and good, and it sounds very knowledgeable, but does understanding something in such great detail make it any easier to use, in a practical sense? I would argue that possibly it makes it more complicated. Besides, do we really understand all of those concepts? I don’t think even the best scientists truly understand the human body, or how energy transfer works, or what it really is, and specifically what it is driven by.

When you think about Chi however, it seems like a simplified version of the above. It is like a single word to describe what is happening when we use energy to carry out movement. There is no need for us to try and understand what is actually happening at a molecular level when we move our arms for example. But rather we should just accept that we are using energy (Chi) in order to do it. And if we focus that energy on a certain area of our body, it can be more powerful, more controllable as a result.

In a strange way, simplifying that down to a single concept actually makes it far more powerful, far easier to “understand” and quite possibly far easier to control. And thus we come back to the principle that perhaps to know nothing is to know everything.

One Reply to “How different cultures learn, interpret and understand”