The topic of non-tangible things is a very interesting one. What I mean by the term “non-tangible” is things that perhaps exist, in their own right, even though we cannot physically see or touch them. To clarify the point, I am not talking about physical matter that we just cannot perceive with our senses. Rather, I am talking about things that don’t have any physical presence at all, perceived or otherwise.

As we currently understand the universe, from a scientific point of view, everything that exists is made up of matter. We would not generally entertain the existing of anything unless it is made up of matter. But my question here is whether or not non-tangible things do actually exist in their own right. Not as concepts, but as actual things.

To go into a little more detail, I will ask the following question – can something exist if it has no physical presence? At first you might say no, but why not? Matter is only something that we understand as humans, and it is everywhere without exception, and we can see it, feel it, understand it and make sense of it. But what if there are non-tangible things that also exist, but that are not made up of matter. Things that science cannot currently explain.

Do non-tangible things exist in the same way that physical objects do?

Are there non-tangible things in this world that exist in the same way as physical objects and physical matter exist? 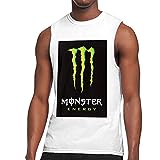 So, let’s assume that is true and then I ask this – is that a physical energy that can be measured, or is it a non-tangible energy – something that does exist, but not in any physical form.

For example, let’s say a man is beaten as a child, which makes him angry, then he beats his son, who grows up even more angry, his son then sexually abuses his child, who grows up to become a murderer. This evil has been grown slowly over several generations. Could that evil be a non-tangible thing that has been grown from negative energy or negative actions?

Could there be other types of non-tangible energy? Like for example, if more and more people believe in something collectively, could that belief become a thing in itself – a form of energy that could change belief globally?

Does wisdom exist as a non-tangible energy?

Here is another question. Does Wisdom exist in its own right, rather than just being a concept? To put that into a little more detail, think about ideas, activities, disciplines and other concepts that are passed down through generations. These concepts and ideas are carried on, passed down from generation to generation and even though the people who originally thought them up are dead and gone, the ideas and rituals still exist.

If you believe only in the physical world then you might say that the only reason these ideas and activities still exist is due to the people continuing to pass them on to each generation. You might say that it is the sole responsibility of the people practicing these activities that keeps them alive and that the only source of knowledge and information resulting from these activities is the specific detail which is passed from person to person.

However, if you entertain the possible existence of non-tangible things then consider this: Is it possible that, along with those activities and knowledge that has been passed down through the generations, there is perhaps also non-tangible information and knowledge that is somehow passed along with the physical elements. For example, perhaps there is additional knowledge relating to the ideas and concepts that were behind the original activities themselves and that somehow this ancillary information, although non-tangible, is passed on through the very act of keeping the traditions alive.

It is a fairly far-fetched theory I admit, but one that is interesting, at least possible, and very much thought-provoking. Further more, although you might at first say this is nonsense and simply not possible, if you accept that we, as humans, know very little about the universe, then hopefully you can agree that this is at least possible. Because, although it might not make any sense to us now, based on all of the things we know to be true in science, there may well be scientific things that we don’t yet know, and cannot even comprehend, that would legitimise and validate concepts such as the non-tangible.

5 Replies to “Exploring the existence of the non-tangible”