If you think about it, there is never anything new in the world – everything that was, is and always will be. Energy, matter does not simply disappear, it just turns into something else. When we eat food, it does not vanish, we turn it into energy, then we eventually pass it on – either as waste that we do not need or through sweat, exertion and so on. When we die, we do not disappear, but we do eventually decompose and turn into dust, going back into the ground from which we came.

So that means that the earth itself is made up of everyone who has ever lived – think about that, billions and billions of people and animals who have lived since the beginning of time have all died and eventually been reclaimed by the earth.

And right now, our generation are just like the surface of a bubbling pot – we have came out of those ashes made by our ancestors, to live on the surface for the blink of an eyelid, after which we will disappear into the earth once again.

Thinking about the world in this way really does re-enforce my theory that the earth is one giant living organism that we are all part of – just in the same way that the living cells within our body make up our being.

And it also makes me think about energy and how it is never ending, and in that respect, we always have energy flowing through us – we cannot contain or control it because by its very nature it has to be always moving from one thing to another. But we can allow energy to flow through as and we can control it, like water flowing throw a valve. 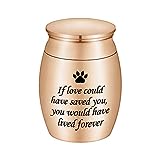 Even the mere act of eating is allowing that energy to flow through our bodies – food is a source of energy and as we eat it, we take that energy into our body, and then eventually it passes through us. Understanding that flow of energy is how you can control energy and make good use of it.

One Reply to “Everything that was, is and always will be”