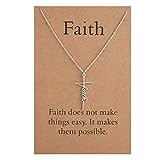 God is defined as a supreme being that is greater than we are. Often this comes as part of a religious belief but it is also possible to believe in a greater being, or a god, without being religious.

The opposite of believing in a god is to believe that we are alone in this world, there is nothing more than what we already see in existence. Also the lack of a god is in line with traditional scientific theories including the big bang and evolution. Not to say that these theories and the theory of God are mutually exclusive – both could definitely exist together. However, typically when we talk about the big bang and evolution we are considering the fact that humans came about purely by chance and that there is no creator, no higher power.

In religion, the opposite is often believed – many religions do not support the big bang theory, or evolution and rather support the fact that God created everything. It seems strange that the two theories can’t often be put together. For example, is it not quite possible that the big bang did happen, that evolution did happen, but none the less there is still a God – either a creator that made everything even as far back as the big bang or simply that there is a higher being that exists outside of our universe.

One very simple saying that always stuck with me went along the lines of this – if you were to look at the inner workings of a clock or a watch, with all of its intricate detail and deliberate construction, would you believe that it could have came about by chance? Or would you say it must have been deliberately created by someone? The same can be said for any naturally occurring thing in our universe – a simple flower for example, when dissected it is intricately detailed and supremely complex. Could something so delicate and yet complex in design have been created purely by chance, or must it have been designed by some greater power?

That saying has always re-enforced my belief in God because it really makes sense that the world and the universe has been designed by something or someone because it is so intricate, so detailed and it seems that everything fits into some sort of pattern – nothing is by accident and nothing is by chance.

In addition I have often had times in my life where it has felt like God was there with me – times when almost all of my hope had failed and I felt lost and alone, but I could hear or feel something or someone, helping me to carry on and giving me faith when I could not really see a clear path.

Another saying that also comes to mind is “There but for the grace of God go I“. Allegedly from a mid-sixteenth-century statement by John Bradford this statement puts into my mind the fact that we really don’t know how or why we are here and as much as we feel like we are masters of our own destiny we could just as easily have never existed and equally we could be gone from this planet in an instant. So I feel that, even if you don’t have a deep belief in God or in a religion, it is important to at least consider the role a God might play in the world and to consider the fact that we are lucky to be on this planet. Even if you don’t believe in God, another way to look at it is this – just as easily as you ended up being who you are, you could have ended up in a far worse position. For example, its easy to look at people less fortunate than yourself and think of reasons why they are there and you are not, but in reality if someone else can be in a less fortunate position, so could you easily have been and its best not to always assume that you are where you are because you are so clever, so smart and so in control of things – in reality you are where you are because that’s the way it happened to be – whether by chance or by design – and you should always pour a sip of your drink to the things that you don’t know or to the higher powers that might be, in appreciation of that idea.

A nice end to this article – As I was looking up the images for adding in to this blog post, I noticed that the featured image showed a completely different date to all of the other images that I had downloaded – in fact I could not find the image at first because I had them in date order and was just looking for images dated today – seeing as I had just downloaded them. This is something I always do when publishing blog posts.

Seeing this, made me look back on the site where I downloaded the image – Pixabay – and then I noticed the “please give credit” message that shows up post download. This just made me think of a higher power, if there is one. Perhaps they were looking down thinking – hmm please give me credit for this article, as you are talking about me (Me being God). It just seemed like it might be a sign, or a way of a higher power letting us know they are they and that we are not alone – something that often happens in life when you really do feel alone.

So of course, the particular blog post is now being credited accordingly – thanks God if you are up there.